" That is why since I heard about your faith in the Lord Jesus and your love for all God's people, I have not stopped giving thanks to God for you. I always remember you in my prayers ..."Ephesians 1 : 15 - 16

"Be strong and courageous. Do not be afraid or terrified because of them, for the Lord your God goes with you; he will never leave you or forsake you."
Deuteronomy 31 : 6 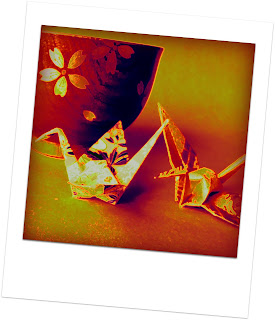 (an exert from my writings)
The old man hobbled into the room.  Looking around he saw his wife sitting in her seat by the heater.  The large lounge room was more empty than usual and he wondered if something had happened to cause so many to be absent.  Usually there is a group of men sitting at the corner table playing cards or backgammon but they were not there and this seemed to make the room a lot quieter.  The crochet twins were not sitting on the other side of the heater opposite May.  Instead he noticed the heavy breathing of the lady in the wheel chair ... she seems like a newcomer he thought.
As he walked closer to his wife he saw the smile rise on her face as she recognized him.  Though she did not say a word, her smile and motioning toward the door showed him she remembered his daily visits.  For May this meant she would be able to go outside and slowly make her way around the garden paths.
There routine was the same everyday.
As they journeyed around the garden beds full of color and vibrancy ... the different smells bought back memories of a life well lived.  Occasionally May would murmur out a story, as though the memories were yesterday and the people very much still alive.  The decades seemed to all merge into one for her ... and her aging mind often confused yesterday with today.  But none of this mattered much to either of them.  May lived in her inner world and Burt was just content with these minutes with her and the hearing of her voice.
There route around the garden was always the same.
The stories May recounted were mostly familiar to Burt, since they had been married for 60 years, and he knew all there was to know about his darling May.  He lived only to hear her voice and see her precious smile.  His faithfulness meant he never missed a day of visiting May ...

Life is so fleeting to us but still, time is often taken for granted ...

Make the most of being true to the treasures in your life that really are important.

Be faithful to a God who is ever faithful to us ... Spend time getting to know the one who thinks you are everything!


Be blessed and be a blessing

visit my Etsy shop ... just click on the buttons below

Teena
... I am a simple Aussie girl who loves God and tries to make everyday a God Day ... I have a creative spirit and dabble in mixed media/collage ... i also have a heart to empower and encourage ... and my intention is that this site be a blessing to all ... and give the glory to God ...