" That is why since I heard about your faith in the Lord Jesus and your love for all God's people, I have not stopped giving thanks to God for you. I always remember you in my prayers ..."Ephesians 1 : 15 - 16

" For our earthly bodies, the ones we have now that can die, must be transformed into heavenly bodies that cannot perish but will live forever."
1 Corinthians 15 : 53

My imagination runs wild after reading this verse ...
what will heaven be like ... ??? ... for me a place of singing and worship and rejoicing and dancing ...
a whole lot of whoop-la ... where I never getting tired ... 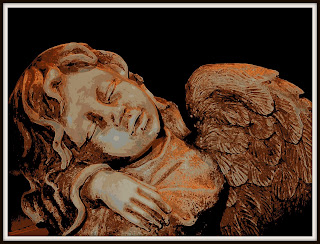 (an exert from my writings)
My face was felt cold.
I could here water running.
As I started to come around I could feel something scratchy, like small pieces under my cheek.
Very confused as to what had happened.

I was lying on the bathroom floor face down.
As I put my hands on the tiles I could feel sharp jagged little pieces around me.  My eyesight was still a bit blurry but was beginning to get clearer and so was my mind.
Sitting up, I pulled the small pieces of glass out from my palms  ... it was then that I saw the shower screen had been shattered.  Still not sure what had happened.  There were a few cuts on my shoulder and other than that  I seemed okay.

I looked down ... I was sitting in shattered pieces of glass all over the bathroom floor.
The shower was running and I thought I better shut it off.  I pulled a few more pieces of glass from my palm and quickly put my other hand over the cuts to stop the blood.  They were not deep cuts and a little pressure did the trick quickly.  As I stood to my feet, my left knee felt a little tender and looking down I saw a large red bruise on the outside.  What had happened my knee?  Whatever it was, I must have fallen hard, from the size of that bruise.

I reached in over the bath to turn off the cold tap and  I realized that it was not the cold water running but the hot water.  It must have been running for some time, as all the hot water had run out and it was now just spraying out cold water.  How long had I been lying on the floor?
My entire body felt exhausted.
As I turned around a flash of memory came back to me.  I remembered walking into the bathroom and turning on the light.  The problem with my light is that since replacing the new globe, it did this suspended blink a few times before turning on properly ... and being that my bathroom had no windows, it gave a disco effect of a strobe light, especially when it reflected on the mirrors.  This happened every time I turned on the light so I was becoming very used to beginning whatever I was doing in the dark.  So as I came in to have a shower, I can remember walking over to turn the hot tap on, in the dark and when I turned around to go to the toilet - seeing the flash of strobe light -
That was the last thing I remember -
There were so many unanswered questions -
(this is the very beginnings of my story about a girl who has epilepsy)

... heaven a place of no sickness ... so for all those people suffering with illness and disease a place of easy breathing and heath ...

Be blessed and be a blessing

visit my Etsy shop ... just click on the buttons below

Teena
... I am a simple Aussie girl who loves God and tries to make everyday a God Day ... I have a creative spirit and dabble in mixed media/collage ... i also have a heart to empower and encourage ... and my intention is that this site be a blessing to all ... and give the glory to God ...